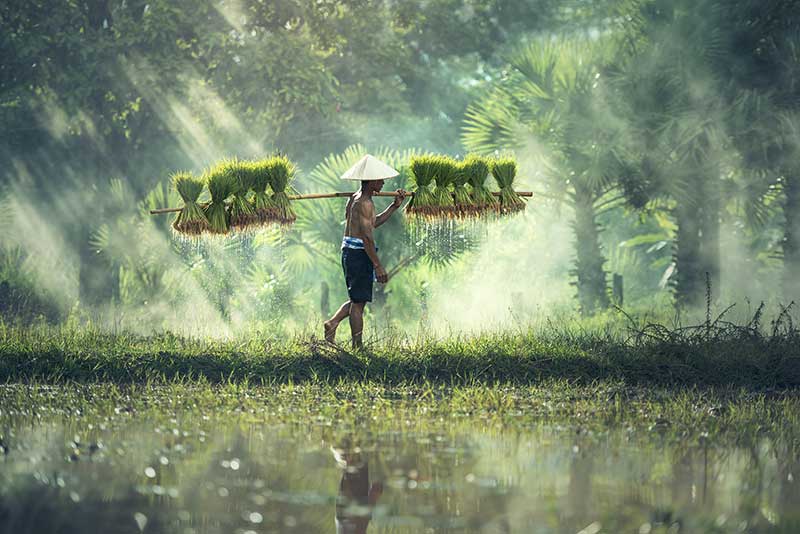 The Rainy Season. And why it is still ok to visit Cambodia

Due to its latitude, Cambodia’s temperature is usually warm to very hot during the year. It tends to be quite dry in May with rains heralding the start of the rainy season starting to fall later in the month.

Rain showers are short and gentle lasting about 30 minutes and nourishing the verdant landscapes. The paddy fields are lush, and this is the Green Season. The banks of the Mekong and Tonle Sap metamorphose into high walls of vibrant greenery. Treetops line the vistas. It’s the rainy season.

It is June when the rains start in earnest. But, even then, the rain doesn’t last too long. A couple of hours at best. Enjoy the slight dip in temperature. The sun is still about in between showers. Catch the stunning evening skies and slate grey clouds which follow the rain and later the incredible thunder and lightning shows during the night.

June is considered the start of the low season in Cambodia. Good news for adventurous travellers. Why? Well, there are smaller crowds at all the popular attractions. And we know Cambodia is endowed with a multitude of beautiful sites!

Visitor traffic is lower just before schools break up for their summer holidays in Western Europe. So, if you’re not deterred by a refreshing shower or two, generally in the afternoon, then this could be the time for you to take your Cambodian river cruise. Take cover on our upper deck, sipping something cold as the rains pass.

Every May, Cambodians celebrate the fast approaching rice growing season with a ceremony called the “Royal Ploughing Day”. Or, “Chat Preah Nengkal” in Khmer.

This ancient royal rite dates back around seven hundred years. Yoked to a wooden plough sacred oxen plough a furrow in the ceremonial ground for rice sowing. With the ploughing and sowing completed, the oxen receive seven different foodstuffs. These include rice and sesame seeds, beans, maize, grass, water and perhaps most surprising of all liquor in the form of rice whiskey! Predictions are made as to the success of the forthcoming harvest, determined by which of the things were eaten. Before the ritual begins, there is a procession, with dancers and a ceremonial guard. Locals dress in traditional Khmer costume to witness the event.

By July, monsoon rains have come. But again, it doesn’t last the entire day; the dark clouds give you lots of warning of what’s to come. And, watching torrential monsoon rains is a rather calming experience. When the skies go dark, and the winds whip-up get ready to take cover. For an hour or so later, blue skies return. The sun shines, and all that’s left behind is the flooding — good news for the rice. 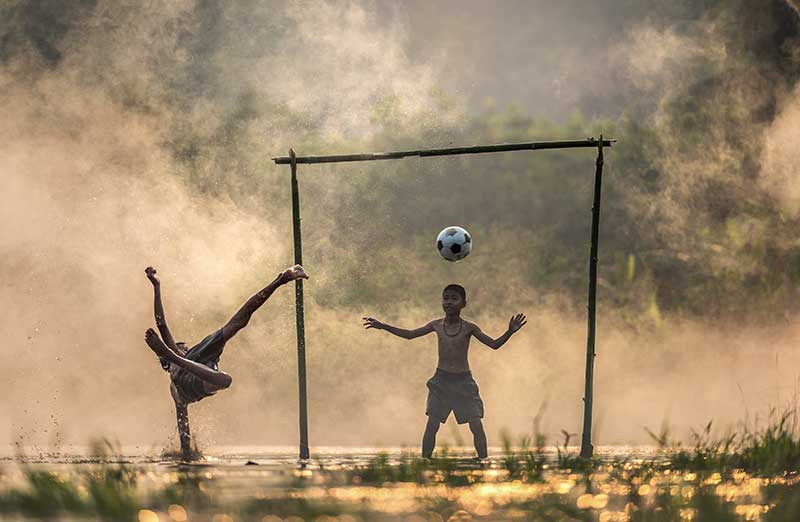 August brings the peak rainfall in the rainy season, often bringing heavier but shorter showers. Temperatures begin to cool, the countryside is in bloom, and bright emerald paddy fields reverberate against bluey-grey skies. Heat and dust are washed away. Rivers are full and flowing, and with the rain, the rivers are reborn.

Monsoons are still here in September, and you can see the rivers are high. Paddy fields are flooded, the Tonle Sap lake is full, and floating villages abound. September is a great month to visit Angkor Wat. Crowds are at their lowest, temples are quieter, the moats are full of water and ancient Angkor in a lightning storm with the rain glistening off its mighty edifices and twisted chancery trees – well that’s something else.